Brixton-born Don-E – soul singer, songwriter, musician and producer. AKA Donald McLean, whose career began in the ’90s, had a top 20 hit with the single “Love Makes The World Go

AKA Donald McLean, whose career began in the ’90s, had a top 20 hit with the single “Love Makes The World Go Round”, taken from his eponymous debut-album released in 1992.

Don-E won over the crowd at the Jam House last year, making new friends and fans, when he joined the rest of the British Collective – Junior, Omar, & Noel McKoy. He just had to return! 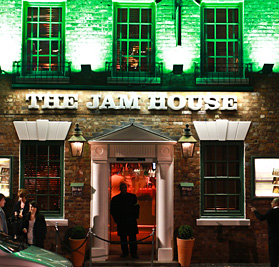