Range of whiskies from Ardamurchan distillery and special bottles from Adelphi

The Adelphi Distillery is actually one of the lost distilleries of Scotland, which operated from 1826 to around 1907. In 1880, the distillery was acquired by Messrs A. Walker and Co and it was Walker’s great-grandson, Jamie Walker, who restored the Adelphi name in 1993, this time not as a distillery but as an independent bottler.

Adelphi had wanted to build a new distillery in honour of their namesake for many years, having already established their reputation firmly as an independent bottler of quality malt whiskies since 1993.

In 2007 the first plans for realising the distillery dream were undertaken and planning permission was granted in 2012. Ardnamurchan Distillery broke ground in 2013, and the distillery was officially opened and began production in July 2014.

We are welcome Greame Mackay to Grain & Glass and look forward to listening to his stories of Adelphi.

No refunds or transfers. The event is strictly over 18’s Only. If you’re lucky enough to look under 25, please bring your relevant photo ID to the event with you. Tickets are sent in e-ticket format. These don’t need to be printed but please have available on your phone on request.

* Members of the Whisky Club tickets are at a reduced rate of £20 off, please ensure you bring your valid membership card to show at the door with your ticket. Entry will be refused if you have purchased a members ticket without having a valid membership in place. One ‘Members ticket’ per member. 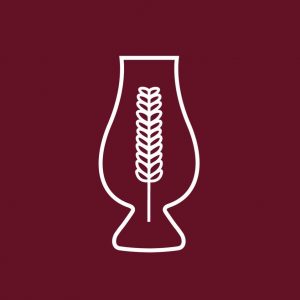 The May 2022 Hockley Flyer (442) has arrived both online and just been delivered to us. Want to read it? - https://thehockleyflyer.info/latest-issue Printed copies going to be delivered ... around the JQ shortly....

Introducing the medals that will be awarded to athletes at #B2022 this summer.

Designed by local students and manufactured in the Jewellery Quarter, ... our medals are inspired by the roads and canals that link our city and region.