Museum of the Jewellery Quarter

The Hive at The New Standard Works

Museum of the Jewellery Quarter

A collection of traditional and original dragon myths from Britain and Asia, brought to life by award-winning performance storyteller, Jason Buck. “Once every one hundred years, a group of people meets

A collection of traditional and original dragon myths from Britain and Asia, brought to life by award-winning performance storyteller, Jason Buck.

“Jason Buck is a man-made of myth, magic, and mead. His stories are filled with adventure, his beard is full of unexpected twists, and his tankard is filled with a poet’s brew. Sit around the fire and listen to his tales – you won’t be disappointed.” Abbie, Strange Times Storytelling Club

Featuring songs from George and Ira Gershwin, Cole Porter, Irving Berlin amongst many others. The History of the Great American Songbook is a musical journey through the important and influential American popular and jazz songs of the 20th century which became considered ‘standards’.

Two singers and live piano will bring you a selection of the most popular tunes of the genre.

When a traveler chances upon a solitary railway signalman he is drawn into a tale of ghostly premonitions, tragic occurrences, and human solitude that echoes the contrasting Victorian feelings towards the nascent railway system.

Beware the ringing of the signalman’s bell!

In Ian Appleby’s ‘What Happened to Algy’ Gwendolen and Cecily attempt to track down the errant hero in this witty sequel to The Importance of Being Earnest.

‘A Story of More Woe’ by Richard Constable is an amusing twist on the classic love story of Romeo & Juliet, with Juliet considering her options after learning of her lover’s death.

Parky Players: Shake It Up (20th July) Parky Players presents – Shake It Up Part of Birminghamfest 2022 – A fiercely funny, no-holds-barred comedy about modern life living with Parkinson’s. When a local

A fiercely funny, no-holds-barred comedy about modern life living with Parkinson’s. When a local community group turns up for their weekly meeting, they are surprised to find themselves in the fantasy world of Snow White and the Seven Symptoms. Be prepared to expect the unexpected and have your awareness of Parkinson’s raised – along with a big smile! A brand-new theatre company formed on Zoom in lockdown made up of People with and Supporters of People with Parkinson’s. Following the success of their sell-out shows in Nottingham and at the Leicester Comedy Festival. Developed with Community Vibe and National Lottery funding from Arts Council England.

“Absolutely amazing — please take this message to as many places as you can”. – Mike Newbold, Actor

“Very much from the heart, a really good advert for finding out more about Parkinson’s” — Sue Dutton, Theatre Practitioner

“Well written, very musical, and the whole thing was put together brilliantly”.— Michael Hill, Artist, and Person with Parkinson’s

Part of Birminghamfest 2022 –
A new black comedy looking at Suicide – Four people all decide to choose the same day and the same window ledge to commit their solo act of suicide. None of them know each other, and all fully intend to finish themselves off, however, have three other people to contend with, and none of them were prepared for that.

This play tackles several tough subjects not least suicide, and asks the question, Will they jump? Or will they find in each other the hope to go on?

You will have to come along to find out.

An outdoors show from Don’t Go Into The Cellar featuring the exploits of Sherlock Holmes. In this original

An outdoors show from Don’t Go Into The Cellar featuring the exploits of Sherlock Holmes.

In this original one-man show, Jonathan Goodwin plays Sherlock Holmes and a miscellany of other larger-than-life characters. What connects a father’s disappearance with an audacious robbery committed in the dead of night? What has become of the great Agra Treasure? And who is the mysterious Jonathan Small?

Classic Victorian detective action at its finest. The show is adapted from the Conan Doyle original by Jonathan Goodwin, and co-directed by Goodwin and Gary Archer.

The performance space and seating area is fully wheelchair accessible, but please email josie.wall@jqdt.org so we can ensure space is left for your wheelchair in your seating area. Please let us know if you have any other access needs.

Please note that this is an outdoor setting without shelter. Please dress appropriately for the weather and bring your own blankets or cushions if you would like to be cosy! You are permitted to bring your own refreshments (please no alcohol) but please be aware that toilets are not available in the cemetery. 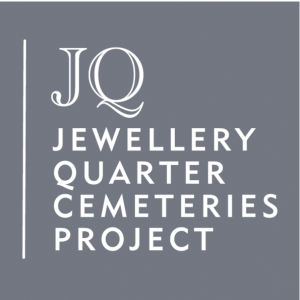 by Chad Smith and Michael Botham

Wheaton’s Law is the story of family, technology, and trying to find human connection in a virtual world.

Antony and Cleopatra Unto Death
by Frank Bramwell

Part of Birminghamfest 2022 –
The untold story of Shakespeare’s Antony & Cleopatra in their last meeting together, using the words of Shakespeare/Bramwell . . . and your imagination.

The lovers are facing their deaths, with little time to tell their real stories. An insightful, startling, and moving piece of AlternativeShakespeare writing, presented by multi-award winners inamoment theatre.

Part of Birminghamfest 2022 –
An extraordinary story of our Commonwealth links. Were the Middlemore Homes right to emigrate over 6000 children from Birmingham to Canada and Australia between the years 1873 and 1954? This controversial issue is explored in our musical play, based on a film being made of An Enquiry. Listen to what people thought about it when it started and how it developed: parents, adults who emigrated as children, officials, farmers, journalists, descendants, and John Middlemore himself. Featuring original music by Peter Churchill.

Part of Birminghamfest 2022 –
VILLAGE WOOING- A Comedietta for Two Voices– is an anti-romantic, battle of the sexes, a comedy by Bernard Shaw.

“Powerfully evokes a sense of the era” ★★★★★ London Pub Theatres

OffFest award FINALIST at the 2022 Offies- Off West End Awards

“Congratulations to the Village Wooing team for the nomination and win, a play I have fond memories of performing in 1979. It’s wonderful to see SHAW2020’s work continue to thrive as shown by this industry recognition. I wish their production continued success.”

Village Wooing is a charming two-hander in which the characters, simply named ‘A’ and ‘Z’, play a relentless game of cat and mouse across land and sea…”I am a woman and you are a man, with a slight difference that doesn’t matter except on special occasions.”

SHAW2020 is dedicated to the performance, exploration, and adaptation of George Bernard Shaw’s works. Their focus is to bring Bernard Shaw’s theatre and writings – including those of his contemporaries and those he influenced – to a wider, more diverse audience.

You’ll become bewitched with fun and laughter in this limited run at Birmingham’s Blue Orange Theatre…but watch out for the dragons!

If you enjoyed last summer’s family show, you’ll be sure to love this one too!

Book now to join our sorcerers and uncover magical fantasy in this captivating production, suitable for ages 3 to 300!

The May 2022 Hockley Flyer (442) has arrived both online and just been delivered to us. Want to read it? - https://thehockleyflyer.info/latest-issue Printed copies going to be delivered ... around the JQ shortly....

Introducing the medals that will be awarded to athletes at #B2022 this summer.

Designed by local students and manufactured in the Jewellery Quarter, ... our medals are inspired by the roads and canals that link our city and region.